These days, there are a great many “robot vacuums” on the market. And, because of that fact, it can be really difficult to choose the right one to meet your needs.

With that said, though, the Shark Ion is a great choice. This particular option often gets overlooked in favor of Roombas and Samsung’s, but Shark Ions really do pack some power and punch that make them worth considering.

While they may not be for everyone, the least that you can do is to read a Shark Ion review or two, such as this one, and then make your decision about whether or not it could be a smart choice for you.

The Affordability of Having a Shark In Your Home 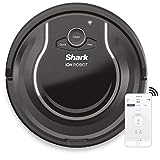 Before we even get into a true Shark Ion review, one thing that you should know is that this particular vacuum is a lot cheaper than most of its counterparts.

Thus, if your hope is to get a decent, working robot vacuum and to save money, then a Shark Ion is a wise choice.

It is not like all the cheap knockoffs on the market that cost less but do a crap job. It actually does do a decent job and even beats out its counterparts in some areas. And, to top all of that off, it is a lot cheaper than many of the other models on the market, making it a worthwhile purchase for what you will ultimately spend.

No “Getting Lost” or Stuck

While the Shark may not be the fanciest model out there, as many a Shark Ion Robot review will tell you, these models are actually superior to the “fancier” brands in some ways.

For example, one big bonus is that the Shark is actually a few inches shorter than most of the major models on the market today.

And, while a few inches may not seem like that big of a deal, it actually really comes in handy for a robo vacuum. For example, many people have reported that their Shark is better about not “getting lost” when going under furniture and into other tight places.

While taller vacuums may have a tough time finding their way out of tight squeezes, causing them to stall, most people find that the Robot can easily get out of any space and, even when it has a tough time, that its programming helps it to “wiggle out,” making it very convenient for most common home uses.

App-Ability for the Modern Consumer

No one can ever say that the Shark Ion is not modern.

In fact, this “robo vacuum” is so very modern that it can easily be connected with an app on any iPhone or Android device.

To use the app, you just have to search “Shark Ion Robot” in the app store.

From there, it should be easy to find the app which will allow you to set up cleaning well into the future or to start cleaning at any time, even when you are not at home.

This ability to remotely control your vacuum is pretty amazing and is definitely a plus for this particular model.

Know When There’s a Problem

No device is perfect and, unfortunately, that is certainly true when it comes to the Shark Ion.

However, even though it may not be 100% perfect and error-free (and really, what device is?), the vacuum is actually surprisingly self-aware.

What we mean by this is that, thanks to careful programming, the vacuum seems to know of common problems that it may encounter as it does its job, and it has features in place to self-correct these various errors and issues.

For example, the robot vac will flash an error message when a brush gets stuck and needs some help getting “wedged out” of a tight spot. You will also be alerted if the brush rolling or self-cleaning capability experiences an issue or problem.

While it would definitely be nice if there were never any issues or problems to speak of, it is certainly nice that this particular bot can and will alert you when issues occur and then basically walk you through how to fix them.

That is not a feature that you will find with most other commercial vacuums on the market today, and the fact that this feature exists is pretty much proof that Shark Ion, unlike so many other companies, is willing to admit to its problems and help you to work through them when and if they occur.

The fact of the matter is that there is no perfect robot vac on the market today, but the Shark Ion does come pretty close, which earns it our recommendation and makes it well worth trying out for yourself.